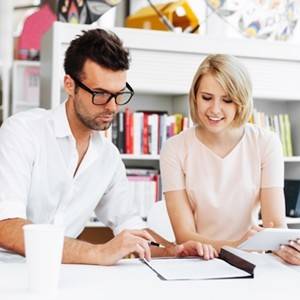 The world that Generation Y came of age in is certainly different than that of their parents and grandparents, and this influences many things for them, including their stress levels. According to a survey conducted by Harris Interactive for the American Psychological Association (APA), Millennials – individuals currently in their 20s and early 30s – are more stressed than any other age group. On a 10-point scale where 1 means very little stress and 10 means “a great deal of stress,” the average of all American adults is 4.9. For Millennnials, however, it’s 5.4.

“Younger people do tend to be more stressed than older people do,” Mike Hais, a market researcher and co-author of two books on that generation, including 2011’s Millennial Momentum, told USA TODAY. “It may be they are more willing to admit to it. It may be a phase of life.”

Other key findings of the study include:

• 39 percent of Millennials say that their stress levels have increased in the past year
• 52 percent of young adults say that stress has kept them awake at night at least once in the past month
• The top sources of stress for Milliennials are work (76 percent), money (73 percent) and relationships (59 percent)
• More than any other age group, Milliennials report being told by a health care provider that they have either depression or an anxiety disorder.

Employers looking to help Milliennials with stress need to provide technology solutions that include personal assessment and behavior change. Most importantly, to be successful any stress or resiliency program should give individuals the choice to focus on the things they are most interested in improving, rather than dictating what they work on. When it comes to managing stressors and building resiliency, like so many things, self-interest drives behavior.